A youthful selection of the Italian choir reality, led by excellent conductors, an important training experience, an experience of fruitful imprints on the territory, a choir that focuses on excellence: this is the profile wished by the federation for its choir. The 40 young singers, between 18 and 28 years old, come from different Italian regions and many music experiences and periodically renew themselves by holding energy, vitality and passion. The creation of this group, in 2003, has allowed to align the Italian choral context with the European ones. Over the years, national and international renowned conductors, such as Filippo Maria Bressan, Nicola Conci, Stojan Kuret, Lorenzo Donati with Dario Tabbia, Gary Graden with Roberta Paraninfo have taken the lead of the Italian Youth Choir.

The choir has dealt with different repertoires: from Renaissance polyphony to the twentieth century, from the Neapolitan school of the 18th century to the popular repertoire of the Italian regions, from Romanticism to contemporary composers, of various origins and style.

The choir has participated four times at the Festival Europa Cantat, one of the biggest European choral event: in 2006 in Mainz; in 2012 in Turin, in 2015 in Pécs (Hungary) and in 2018 in Tallinn (Estonia).
On these occasions the choir had the opportunity to work, together with other national youth choirs, with conductors such as Frieder Bernius, Simon Gaudenz, Georg Grün, Filippo Maria Bressan and to perform in concert with its repertoire in prestigious places and in front of a prepared audience. The choir has also participated at the 2016 edition of the Les Choralies Festival in Vaison la Romaine (France) working with Philippe Forget.
The Italian Youth Choir is often invited to perform in important festival and choir events. In recent years, it is worth mentioning the participation in MiTo Settembre Musica in 2016, 2017 and 2018, at the Sagra Musicale Umbra, in the Reggia of Caserta in 2017, at the musical season of the Pietà dei Turchini Foundation in Naples, at the CantaBO Festival in Bologna and at Rezia Cantat in Valchiavenna in 2018.

During its history it has held about 150 concerts in many Italian cities, from North to South (Aosta, Arezzo, Assisi, Bergamo, Cuneo, Desio, Fano, Firenze, L’Aquila, Matera, Messina, Milano, Montecatini Terme, Perugia, Pescara, Pordenone, Porto Torres, Prato, Reggio Calabria, Roma, Salerno, Siena, Taranto, Torino, Trento, Udine, Venezia, Vicenza, just to a name a few).
The Italian Youth Choir is a group able to face challenging dares and to confront the most prestigious choral realities thanks to the extreme flexibility of the young members, the attention and scrupulousness of its conductors and the energetic spirit that comes from the desire to make choir, growing together, maturing from a musical and also human point of view. Further proof of this is the victory in June 2014 at the prestigious Florilège Vocal de Tours (France), where the choir won the first prizes in the main categories with a compulsory, free and renaissance programme, conquering also a special prize. As evidence of the eclecticism and versatility of this choir, again in 2014, he took the stage with The Rolling Stones in their concert in Rome for the performance of a song with the famous rock icons.

For the three-years 2017-2019 the Italian Youth Choir is entrusted to the conduction of the Luigi Marzola and Carlo Pavese, the first with a repertoire ranging from the Renaissance to Romanticism, the second dedicated to the compositions of the historical twentieth century and the contemporary music. 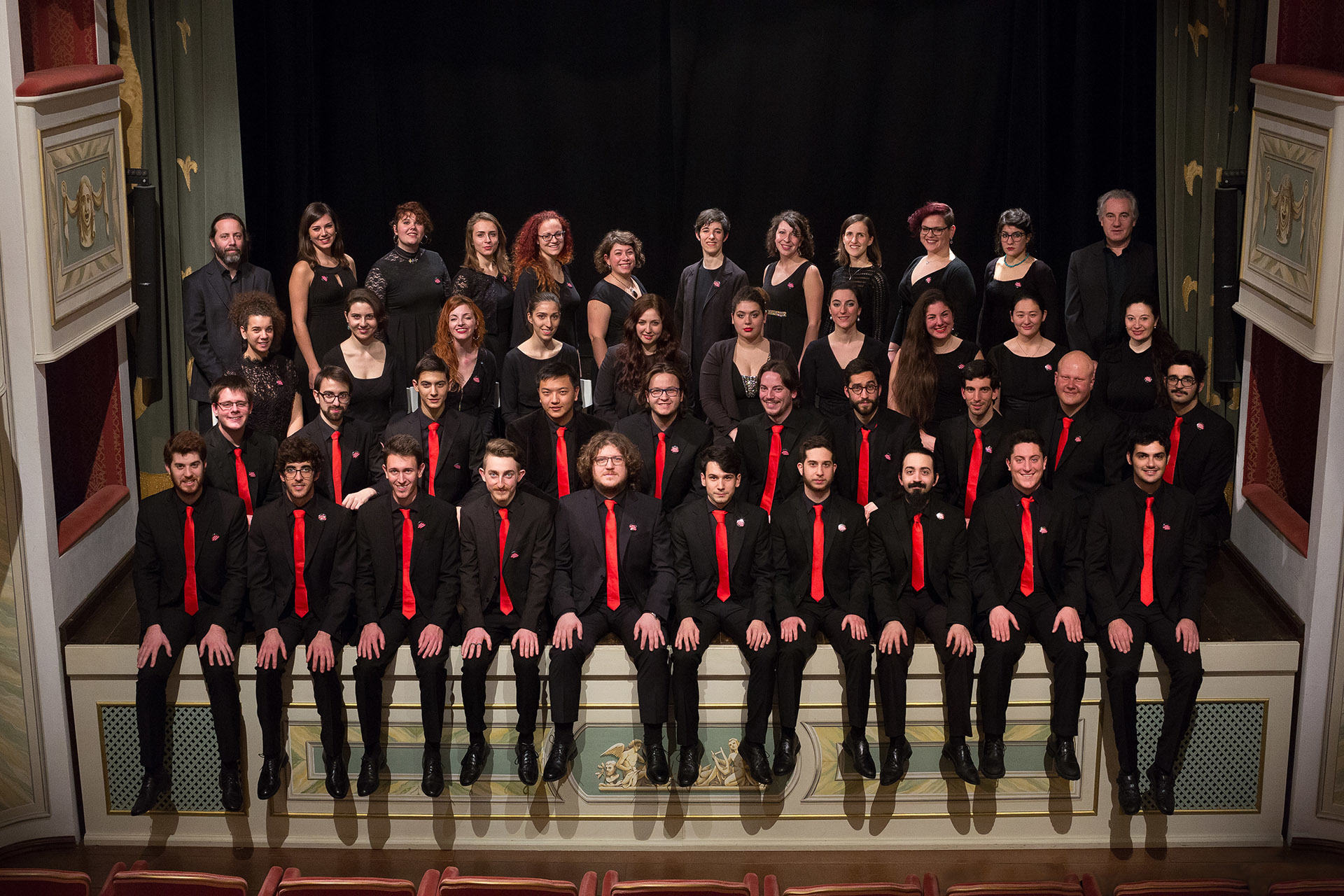